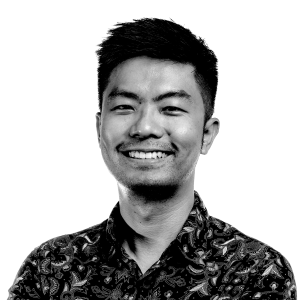 go back
go back

As someone who has been working in Commercial Teams all my life, the common perception is that our goal is just to achieve commercial sales targets and numbers. Yes- that is part of what we do, but definitely not the full picture at all. Our role as Commercial is much bigger than that! What’s often overlooked is that we also perform the essential role of building personal relationships with our customers. We are on the ground every day listening and talking to customers- trying to understand their problems and ensuring we provide solutions that are helpful and relevant.
At the core, our goal is to improve the lives of these store owners. Beyond just numbers and sales, this is what truly motivates us. It’s this realisation of the precious opportunity we’ve been granted to work with these store owners we’ve been frequenting for 10–20 years, and the smiles on their faces whenever we are able to contribute to making their lives easier- that makes our role in Commercial such a fulfilling one.

The Story of Pak Fachrurrozi:

That said, nothing highlights the immense impact of Commercial’s work than hearing directly from customers. Pak Fachrurrozi and how we’ve helped his store is one such story.

Pak Fachrurrozi started his store, Toko Tiga Putra Mandiri, in 1996, in the local market in Pahang area, East Java. For the past 25 years, rain or shine- he opens his store and serves every customer with a big smile on his face. However, despite the crucial role he plays in the local community, he (like many other similar store owners) face numerous challenges when operating. For instance, sourcing products is cumbersome as they can only do so from agents or wholesalers many kilometers away. This also implies closing their stores (forsaking profits for the day), renting a truck (there’s no delivery) and traveling there themselves (wasting even more time). Limited selection, lack of price visibility and low working capital are also common issues.

As you can see, operating a warung store is by no means an easy feat!

Back in Feb 2020 was when our commercial team first approached Pak Fachrurrozi. However, he was hesitant to place his first order then, due to the unfamiliarity of ordering online. We understood that trust needed to be established first and we worked towards that.

For the next few months, our commercial team visited his story on a regular basis- understanding his problems, concerns and learning how we could be helpful. We answered his questions, and explained how we could assist in alleviating his operational challenges. 2 months later, in April, he placed his first order- no longer ordering physically but online and getting it delivered from us! Thanks to our customer centric approach, a genuine relationship was built.

Even after this first order was placed, the commercial team has continued playing an important role. We visit him on a weekly basis — introducing new popular items for him to try, providing reminders so he doesn’t miss reordering his best selling products and being as responsive as we can to support any difficulties he might face. For Ramadan, we even designed festive banners to display in his store to boost his sales.
Today, it’s been more than a year that Pak Fachrurrozi has been ordering from us! He’s a loyal customer we are tremendously proud to have. His welcoming smile whenever we visit him, the strong relationships we’ve built, and the extra time he now has for his family with our solution, are all reasons why we love and make our role as Commercial so fulfilling.